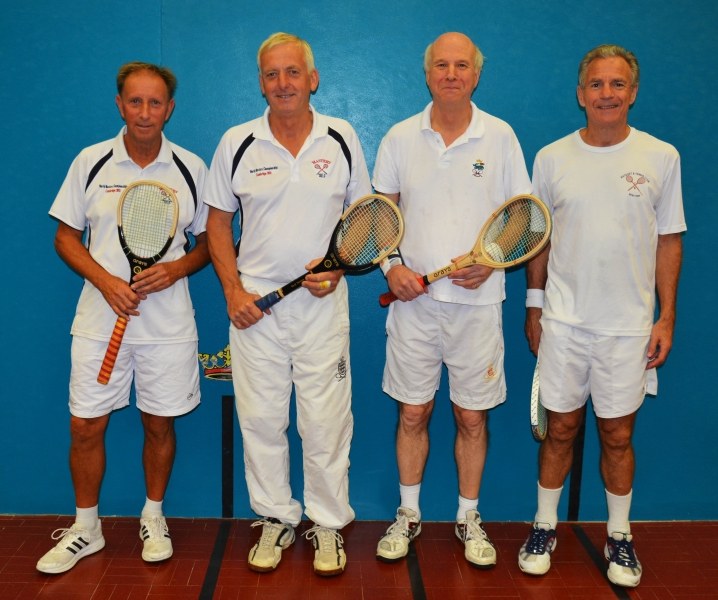 The British Over 60’s Doubles, held at Radley last weekend was won by Paul Weaver (Seacourt) and Duncan Colquhoun (Cambridge).
They came through a tough semi-final match against Phillip Shaw-Hamilton (Moreton) & Mick Dean (Radley) and an even tougher final against Queens club pair John Prenn & Richard Moore to take the title.
many congratulations