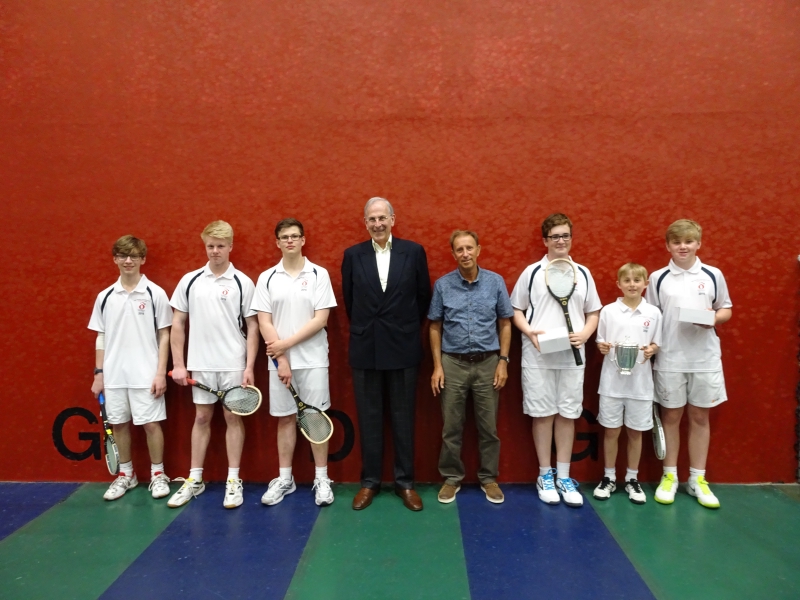 Congratulations to Ollie Jameson, Huw THomas and William Flynn on winning the 2016 Peter Luck-Hille Cup. Seacourt retained the title defeating the Prested Team 5-1 at Prested Hall on Saturday 29th May.

Each of the boys played one singles and 2 doubles matches, with both sides displaying some great tennis that impressed the crowd and Josh Farrell of the Dedanists who presented the cup to the Seacourt team