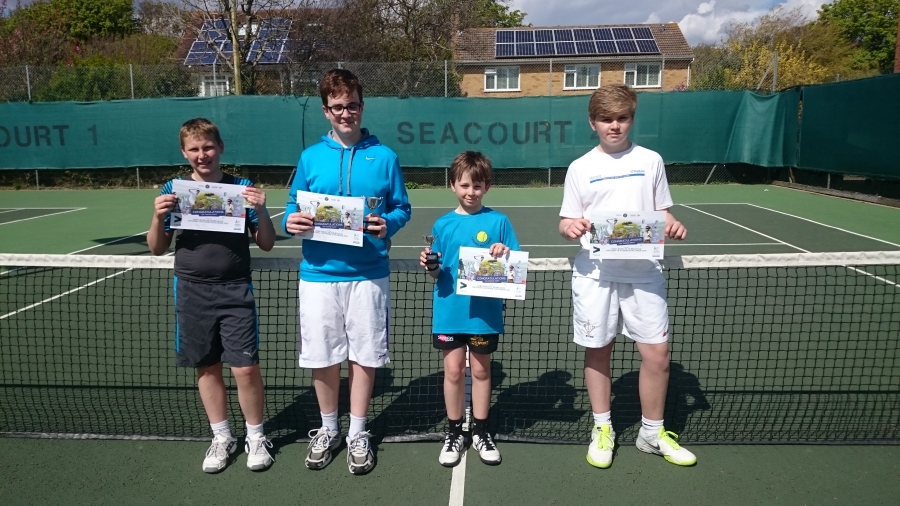 Four of Seacourts 14 and under Juniors, Dylan Price, Luke Hooper, Huw Thomas and William Flynn, played in a round robin Lawn tennis tournament at Seacourt on Saturday to determine who would represent the club in the County finals in July. If successful there, then they would progress to the National finals which are held at Wimbledon in August.

After a very hotly contested group stage Huw, Luke and William were tied on 2 wins and 15 games each.
So the group was decided on games against, with William having 10, Huw 9 and Luke 8.

Luke was determined to turn around his the result from the group game against Huw, but Huw held his ground to secure his place in the county finals. In the 3rd and 4th place play offs Dylan gave a spirited performance, reversing his loss against William in the group games to take 3rd place.